by: By Alison Stephenson 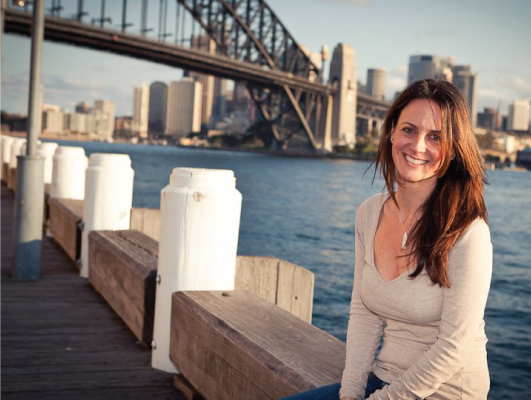 THE lure of Los Angeles is strong for many Aussies.

Drawn by the trappings of the entertainment mecca and the prospect of a new life with a new love, Georgia Cassimatis packed her bags and headed for Hollywood.

But the “gorgeous and charismatic” Californian she gave it all up for turned out to be the devil in disguise and soon this Sydney-born journalist was left with no friends, no money and no job.

LA is a tough town – but Cassimatis found her way through “the liars, the fakes and the cheats” to become a successful celebrity journalist rubbing shoulders with the A-List.

In her debut novel, Red Carpet Burns, Cassimatis spills on her pathway of self-discovery and the city she fell in love with.

Here she answers some questions on what it’s like to pack up your bags and move to the City of Angels.

What’s your number one tip for toughing it out in L.A?

“Finding a good group of people, finding your posse,” Georgia told news.com.au. “If you do, you can really have a good time, because when the chips are down you can have a laugh and not take it too seriously – that’s what got me through. As I always say, ‘when you’re skating on thin ice, you might as well dance'”.

L.A is a pretty big intimidating city, how DO you find a good group of people?

“The best thing I did was I went to the Australian events. I found there’s an Australians In Film organisation and I went to a couple of their events and that’s where I started meeting people. If you meet one Aussie you get along with, you’ll meet loads of them. Over there everyone’s on a level playing field so while they might be someone famous here, no one knows who they are in L.A so they’re actually a lot nicer to everybody. That’s what helped me so much – the people, that’s my biggest tip.”

What’s the biggest misconception about L.A?

“That people are all horrible and superficial. I met the most incredible inspirational people. L.A’s got this rep of being so superficial and it’s not. People are quite conscious of not being that. It’s a really health conscious place too, there’s a misconception that everyone’s throwing up their food and wanting to be a double zero, and yes that does happen, but it happens everywhere.”

Why have so many Aussies fallen on their feet in L.A?

“It’s been said to death, but they love our laid back attitude. We don’t take life too seriously. America can be a walking self-help book, whereas Australians are more ‘get on with it, just do it, she’ll be right’ and you see that in a lot of the actors who do well. All those Aussies that have made it are representative of that mindset, the ‘no worries’ approach.

So are you more likely to succeed or fail as an Aussie over there?

On a bigger level, they all succeed in many ways. It’s a big thing to go there and try and conquer that entertainment mecca. You give yourself the biggest chance of success if you keep plugging away at it. The one’s who keep turning up to auditions are the ones who start making it.

Your book goes into quite a lot of detail about the American dating scene. How is it different over there?

“In Australia what you see is what you get. You meet someone, you have a good time, then one of you falls out of love with the other and it’s over. But in America, men date five people at once. There’s this whole dating culture, its massive and they don’t tell you how many other people they’re dating. It’s only when you have that conversation about becoming girlfriend and boyfriend that things become exclusive. It’s almost like an engagement! It’s very un-Australian, I don’t think men over here could be bothered with that!”

What would be your advice to someone who was thinking about giving it all up for love and moving overseas?

“You’ve really really got to be absolutely 200 per cent sure about that person. You have to take the rose-coloured glasses right off, you have to listen to what people are saying. I didn’t realise how hard it would be over there, emigrating is tough, on top the pressure it puts on a relationship. So take a really good look at the character of the person you’re moving for.”

Red Carpet Burns is available for purchase at www.harlequinbooks.com.au or at all good book stores nationally. RRP AU$29.99.