Extra! Extra! Read all about it 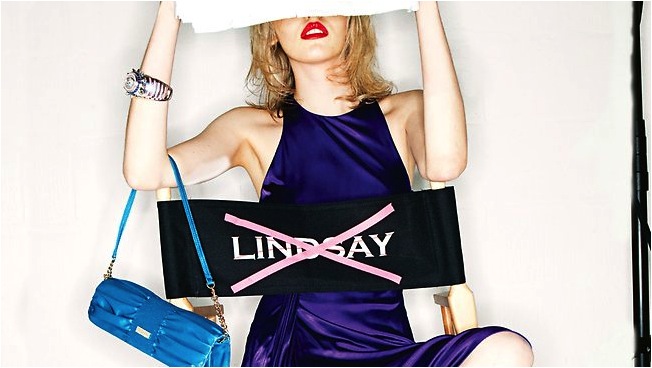 IN her memoir, Red Carpet Burns, journalist Georgia Cassimatis gives the inside scoop about real life on the Hollywood back lot

It was now three years since I’d first set foot in LA and while freelance work was great, the nature of ‘freelance’ is that while there can be lots of work, there can also be quiet weeks, too.

To prepare for them, I took a job as a TV and film extra – or as they’re sensitively called in LA, a ‘background artist’.  I arrived at the 5.30am casting call for my first job, on the movie Starsky & Hutch, starring Owen Wilson, Ben Stiller and Vince Vaughn. The set was in the sprawling, leafy suburb of Pasadena. Hundreds of us had signed in before we were fitted for costumes – which in my case was an ugly, orange 1970s dress, topped off with pulled-back hair, white powder and orange lipstick.

While standing in the costume line, I met an ‘actor’ called Ken. When I told him it was my first day and talked about how much fun being on a Stiller/Owen film would be, he rolled his eyes and stared at me like I’d just told him I ate bark off trees.

“Hi everybody! Justin here! I’m today’s assistant director and you’ll be taking my direction and advice from this moment forth,” said a 20-something who looked as if he’d just graduated from film school and this was his first job onset. “OK, so first things first – there’s no way you’re to look at Ben Stiller or Owen Wilson. I repeat, you do not look at Ben Stiller or Owen Wilson. If we discover that you are, we’ll eliminate you from this set and report you to your agency.

“Secondly, you’ll be sitting here on this patch of grass until we direct you otherwise. We’re sorry if there aren’t enough chairs for you all, but it’s a big casting call today, so while some of you may be working, others will be waiting around.

“Thirdly, don’t go near the union actors’ food tent. That isn’t for you. Your craft service area is over there,” Justin added, pointing to a little table with some biscuits and cordial (the union actors’ tent under the shade had five-star choices of salad, quiche, freshly-grilled salmon and desserts).

At that point I didn’t care about his advice. I was ecstatic about being one metre away from my hot-crush actor, Vince Vaughn. All day I was hyperventilating. Here I was, after signing up with an agency that had no screening process or reference check. I could have been a psychotic, axe-wielding murderer and no one would know. I could have been a mentally disturbed, obsessive fan who could easily have thrown myself on him. I was blown away by how many ‘extras’ were let through the pearly-white movie gates without proper security checks.

Seeing Vaughn made up for the fact I was just a crap extra. I loved him even though he was overweight and had bags under his eyes. He was funny and seemed to be the actor having the most fun. In one scene, he was dressed in an ugly beige outfit, in front of a party crowd, and had to be arrested by Stiller and Wilson – a ‘struggle’ ensued and all two metres of him fell almost on top of me. It was one of the most perfect moments of my life.

I didn’t care about what Justin had said; I stared and stared. Wilson hung around the set munching on red capsicum. Stiller was a focused workaholic who gave 100 per cent to every scene. Vaughn looked as if he was winging it with hilarious improvisations.

I look at the scenes that translate to being hilarious onscreen – but, man, were they boring onset. I don’t even laugh when I watch Starsky & Hutch because, behind the scenes, it was tedious. The only thing I loved about doing the movie was Vaughn. Did I say Vince Vaughn? Sigh.

After a gruelling 12-hour day, I was asked back for two more. But the novelty of watching actors being chauffeured in limousines and fed fine cuisine while their every whim was pandered to wore off after the first day.

So I bought magazines to catch up on and chatted to other extras. There was the Russian engineer who was in between jobs and wanted to do something different so he could rediscover his passion for engineering, and a handsome Scottish journalist who did extras work so he could write columns about Hollywood for newspapers back home.

There were kids from all over the US who were trying to break into the film industry, whether it was in stunt work, acting or production. There was the actor and father of four who had to do extras work simply to keep up the ‘acting’ jobs and maintain his Screen Actors Guild health insurance levy.

The 12-hour days mostly entailed doing nothing and feeling like a jet-lagged zombie, but being a Hollywood extra still had its shine – even if it was already a little tarnished.

— This is an edited extract of Red Carpet Burns by Georgia Cassimatis (Harlequin Books, $29.99), in stores February 1.